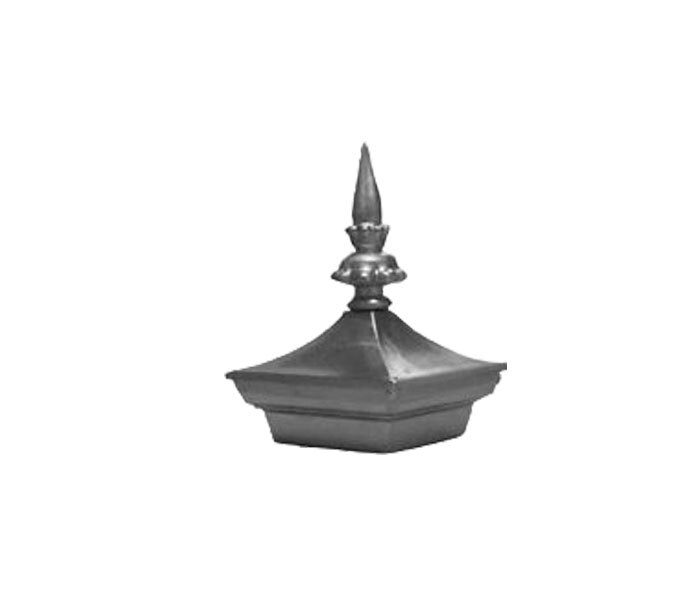 Falcon post cap is our another great design range from our aluminium post caps. Inspired from the Peregrine Falcon which is found across Australia, but is not common anywhere. It is also found in Europe, Asia, Africa and the Americas.

The Peregrine Falcon is one of the fastest birds of prey, swooping down at speeds of up to 300 km/h.

Peregrine Falcons are large, powerfully built raptors (birds of prey), with a black hood, blue-black upperparts and creamy white chin, throat and underparts, which are finely barred from the breast to the tail. The long tapered wings have a straight trailing edge in flight and the tail is relatively short. The eye-ring is yellow, with the heavy bill also yellow, tipped black. Although widespread throughout the world, it is not a common species.

The Peregrine Falcon is found in most habitats, from rainforests to the arid zone, and at most altitudes, from the coast to alpine areas. It requires abundant prey and secure nest sites, and prefers coastal and inland cliffs or open woodlands near water, and may even be found nesting on high city buildings.

The Peregrine Falcon is found across Australia, but is not common anywhere. It is also found in Europe, Asia, Africa and the Americas.

There are no reviews yet.

Only logged in customers who have purchased this product may leave a review.